Is your company a disruptor or a constructor? 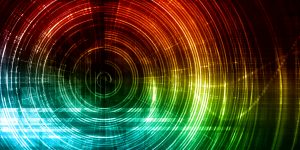 Disruptive companies enter markets to challenge and often replace industry incumbents. While they offer great scale and opportunities, they might highlight a risk to established public services if not executed properly.

The gig giant’s offer was appealing to both its drivers and customers. Customers could order a taxi which cost less than most alternatives and arrived quicker. Drivers could work on a self-employed basis from anywhere, whenever they liked and use their own car.

Uber’s business model was based on recruiting many drivers to meet increased demand, at no additional cost to the company. The company started off in San Francisco and after gaining popularity and investor backing, expanded globally.

Although a success story, Uber has faced many regulatory hurdles around the world. The company has also been criticised by the taxi industry and endured backlash from both its drivers and consumers.

When a company expands rapidly, it is likely to face growth challenges. But is Uber’s growth the reason for the regulatory backlash?

In London, Uber’s license has been revoked a few times due to regulatory concerns around passenger safety. It was only after the company worked with TFL to make significant improvements to safety regulations, that their license was reinstated.

Globally, Uber’s has been challenged over the protection it offers its drivers. Although the company’s initial talent model provided flexibility and mobility, what concerned regulators and drivers was that workers were not entitled to minimum pay or benefits such as sick leave, overtime, holiday pay and pension.

This month, after losing a British Supreme Court ruling, the gig giant reclassified its UK drivers as “workers” guaranteed benefits under the UK law – minimum wage, vacation pay and pension. Regulators in Seattle and New York have also required that Uber provides minimum wage to drivers. The EU is now looking into implementing similar policies.

The surge in demand for gig economy workers as a result of the Covid 19 pandemic, as well as the growth of gig economy companies, has turned regulators eyes towards the industry and the protection it offers workers.

The European Commission recently published a report on how to improve working conditions in the gig economy which highlights that gig economy companies may be “concealing the degree of the legal and economic dependency of the people working through platforms”. The industry may also be contributing to global inequality as it is creating a divide between those who have traditional jobs with benefits and those who have “gigs” according to an interesting article by the  Milken Institute Review.

What concerned regulators was Uber’s disruptive business model, which challenged industry operations. The company’s flexible operations model which focused on cutting costs is also one of the main reasons for Uber’s success. It would have been extremely difficult for Uber to keep costs low if they offered drivers minimum wages and other benefits. By keeping costs down, the company was able to rapidly expand and offer services all over the world.

As Uber grew, its operations changed and the number of drivers increased, which led to the growing safety concerns. Perhaps if the company had worked more closely with local regulators, as it did in London after its license was revoked, it would have faced less regulatory hurdles.

Uber has spent so much time and money in international courts that it would be interesting to see whether the business benefits outweigh the costs.

Let’s look at Google and, more specifically, Google Deepmind – the tech giants London-based company known for its innovative use of AI.

A couple of years ago, Deepmind and a London NHS trust were working in partnership to develop a software that would help alert staff to patients at risk of death or deterioration through kidney failure. Google Deepmind was granted access to an entire database of 1.6 million patient records across 3 hospitals to test the app. This was deemed inappropriate by the UK’s National Data Guardian at the time, Dame Fiona Caldicott.

The basis for the criticism was that the patient’s data was not used for direct care but that it was used to initially test an app. Another reason was that Deepmind received access to the entire database rather than just that of patients with kidney injuries.  While trusts can transfer data for direct care purposes, other reasons for data transmission would require approval from regulators – the NHS trusts did not have this approval and this then led to an investigation by the Information Commissioner’s Office.

Deepmind reasoned that they needed the entire database to make the app work. Regulators and the wider audience were concerned that the company could use this information for a broader scope of activities. Moreover, it was argued that patients had the right to be told how their data was being used.

If both Deepmind and the London trust had worked closely with regulators to lay out data use cases transparently, there would likely be no need for investigations and criticisms. Especially when it comes to private medical records, companies should work closely with the public sector to ensure that all exchanges of information are transparent and ethical.

As disruptive companies grow, they harness more data and become more difficult to compete with.

Globally regulators are increasingly looking into disruptive tech company practices to ensure that they are complying with competition and consumer trust regulations. For instance, in the US, regulators are concerned that Amazon acts as a gatekeeper which makes it extremely difficult for other companies to enter markets or compete with the tech company. Amazon  is now being taken to court over anticompetitive business practices. US regulators are also looking into Apple, Google and Facebook’s for antitrust and consumer harm policies. In China, market regulators have fined 12 companies, including Baidu Inc and SoftBank, for deals which demonstrated illegal monopolistic behaviour and potential infringement of consumer rights.

In the UK, just last week the Digital Markets Unit was launched – a new regulatory body tasked with ensuring Big tech companies do not crowd out competition through market dominance.

In the last decade disruptive tech companies have achieved great success, but have also been challenged by regulators.

In order for technological innovation to be spread across both the public and private sector and all industries, the relationship between companies and regulators has to become more collaborative and co creative. This will result in greater transparency of services and the development of inclusive and impactful tech ecosystems. We will then no longer be talking about disruptive tech, but about “constructive” tech.