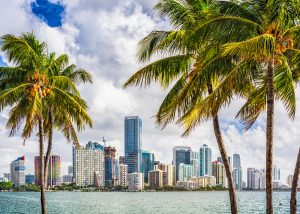 “How can I help?”, this was Mayor Suarez’s response to a tweet suggesting Silicon Valley moves to Miami. Miami’s tech ecosystem had been already steadily growing over the last 15 years; the tweet just attracted the media coverage the city needed.

Mayor Suarez has been proactively promoting Miami as the next central tech hub. His politics are focused on developing an entrepreneurial and nurturing business ecosystem.

Suarez believes that people looking to create great companies and thriving communities want two things – to feel welcome and not pay much tax. He is not only talking the talk; he is walking it.

Miami’s tax is currently low; Suarez plans to reduce it to the lowest possible level. Investors already say they really appreciate his efforts and that they do indeed feel welcome in Miami.

Suarez has set an ambitious goal – to make Miami the best city to live in. He aims to build a thriving economy, get urban homelessness down to zero, increase police funding, ensure affordable housing, and expand cultural, arts and sports opportunities.

The mayor believes in equality of opportunity rather than equality of outcomes, starting with high-paying jobs and education. He plans to create an equitable education framework that will allow every citizen to succeed and thrive, ensuring every child has access to broadband and digital tools.

To ensure gentrification does not displace local communities, he has allocated $40 million to affordable housing projects. Another $200 million have been assigned to a resiliency bond, which will be spent on infrastructure improvements to create a Miami that will last forever.

Mayor Suarez’s forward-thinking policies will also ensure that Miami’s legislation promotes cryptocurrencies and blockchain technology. He sees a future where residents can pay taxes and fees in cryptocurrency and employees can take a percentage of their salaries in Bitcoin or other cryptos. Bitcoin is to be part of the city’s broader investment portfolio, essentially leading to Miami benefiting from cryptocurrency regulatory arbitrage.

Investor and entrepreneur interest in Miami is growing. Blackstone Group, Goldman Sachs and investor, Keith Rabois, general partner at Founders Fund, have already moved to Miami. The Knight Foundation, Miami Angels and The Venture City are among the stakeholders committed to growing Miami’s tech ecosystem.

Softbank, who has recently pledged $100M to seed Miami’s tech startups, says, “Miami is quickly evolving to accommodate increasing demand as it becomes a growing startup destination. From emerging ‘elder tech’ to biotech, Miami is an attractive investment market that offers unique opportunities for immigrants and minorities to pursue entrepreneurship opportunities.”

The accelerated shift to remote work, mainly due to the Covid pandemic, has meant that geographic boundaries do not contrive entrepreneurship and talent opportunities. Florida has positioned itself as an attractive destination as it has remained relatively open throughout the pandemic, has no state income tax and a tropical climate. As a result, tech communities are increasingly gathering in Miami and creating long-term job opportunities, now more than ever.

Investors say Miami is an attractive destination because of its pro-business regulatory environment, diverse population and geographic location. As a natural bridge to Latin America, Miami’s geographic position is favourable to companies looking to expand to the US and visa versa.

Miami is increasingly collaborating with New York, the Bay Area and Europe. As the collaborations between these cities grow, we could see similar situations to those in California, where Bay Area investors often back startups based in Los Angeles and vice versa.

Today, more companies can do business in Miami and leverage the city’s global network to access talent, capital and other markets.

“There’s never been a place in the history of humanity where the private equity firms, the hedge funds and the investment banks have converged with venture capitalists and startup founders and entrepreneurs. They’ve always been segregated on two different sides of the country – in Manhattan and Silicon Valley. But now they’re all coming here to Miami.” says Mayor Suarez.

Miami’s tech ecosystem is young, ambitious and has that “cool factor”. It attracts those with entrepreneurial mindsets who want to take part in shaping Miami 2.0.

“Miami is a startup in and of itself. If you’re willing to roll up your sleeves, you can make it here.”, says Felice Gorordo, CEO of eMerge Americas. As Miami is a city built by immigrants with ties worldwide, helping startup activity can flow along these lines. The Miami-Dame region ranks as one of the most diverse tech hubs in the US.

Access to talent and capital are vital ingredients of robust tech ecosystems.

According to investors, Miami still struggles to attract talent and funding, undermining its status as a tech hub. The former will continue to change as more people relocate to Miami and remote work becomes more common. In recent years, access to capital has improved as more companies have been founded or moved to Miami. As the rate of movement continues to grow, so will talent opportunities, further developing Miami’s tech ecosystem.

Mayor Suarez says that as a city, Miami faces similar infrastructure problems to every other city. He believes that public-private sector collaborations are vital to improving infrastructures such as affordable housing, transport, and climate mitigation. Moreover, Suarez’s ambition for Miami is to not only become carbon neutral but carbon positive, which he believes can be fast-tracked with the private sector’s help.

Some doubt that Miami will become a major tech hub. Sociologist Alejandro Portes, for instance, has stated that because Miami does not have top-grade universities, like those in Boston and San Francisco, and an established high tech industry, it can’t compete with the likes of Silicon Valley or Austin.

According to research by PitchBook, last year, Miami attracted less than 1% of all venture funding in the US. Entrepreneurs and investors say that most startups in Miami are still relatively small and have less than 50 employees. Because of this, talented graduates from Miami-based universities still move to more established tech hubs.

Investors believe that the community needs to be more deliberate in helping Miami grow. German Fondevila from Clout Capital suggests that a kind of “Startup Council” is established to encourage collaboration between all relevant stakeholders and leverage Miami’s strengths. Mayor Suarez has undoubtedly done a brilliant job of promoting Miami as a tech hub, but the tech community needs to join him.

Irrespective of whether Miami will grow into a central tech hub, it is evident that Mayor Suarez’s efforts to promote Miami’s have been paying off.

Key tech industry stakeholders are taking an active role in creating Miami’s future. In January, key tech industry stakeholders released a manifesto promoting inclusivity in tech. In a town hall meeting, Michelle Abbs, managing director of Mana Tech, rejected the notion that Miami will become the next Bay Area saying, “We are not replicating anything else. We are building something completely new and aspirational.”