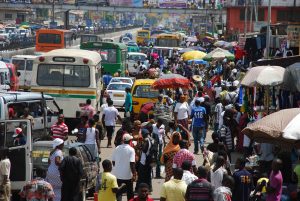 Secondary cities are home to most of the world’s population and are experiencing tremendous population growth, making them vital to regional, national and international economic development agenda’s. In addition, these cities provide essential support functions for governance, transportation and production and act as economic, social and logistical hubs.

Despite their importance, secondary cities are often overlooked in national, urban and redevelopment planning and development. They often face financial and social challenges as little, or no capital is invested in their infrastructures and services.

Secondary cities are part of a system of cities; they provide critical connections between rural economies and city trading networks. A well-connected network of cities is vital to sustainable and equitable growth and development.

Today, all cities worldwide are part of a new economic geography, making them increasingly dependent on fast communication, trade, finance and investment systems.

Many secondary cities, however, are not benefiting from this new economic geography. As a result of the high rate of population growth, many face urbanisation challenges. They often lack financial support as they struggle to attract investment and retain capital, making it difficult for regulators to meet the demand for jobs, urban and digital infrastructure.

Moreover, city residents often lack technical and entrepreneurial skills as they don’t have access to training and upskilling opportunities.

It is becoming increasingly difficult for some cities to provide essential services such as transportation and sewage in Africa. In other cities, the rapid population growth has caused infrastructures to break down.

From a humanitarian and economic development perspective, international and regional private-public sector collaboration is needed to address the pressing challenges that secondary cities face.

According to a report by Cities Alliance, to drive economic development, second cities need to build competitive advantages by competing and collaborating with each other.

To foster competition between cities, national governments need to support and work in collaboration with city governments. For example, secondary cities like Busan in North Korea and Durban in South Africa have benefited from enhanced city competitiveness policies.

Ben Hecht, President and CEO of Living Cities, emphasises the importance of secondary city collaboration to solve city challenges. By working together as a system of cities, secondary cities can further strengthen their competitive advantages.

An excellent example of this is the collaboration between the cities of Singapore, Bintan Batam (Indonesia) and Johor Bahru (Malaysia) to produce chemicals and manufacture technology-based equipment. The three municipalities have developed integrated supply chains and precise specifications on each city’s role in production processes. As a result, they have not only strengthened their competitiveness but also created long-lasting industry relationships.

Like Cities Alliance and the United Nations, international organisations play an essential role in improving collaboration between industry, national and local governments.

The Cities Alliance Country Program in Uganda has leveraged $150 million in financing from the World Bank to develop urban infrastructure and service delivery across 14 Ugandan cities.

The Urban Links Africa project, which we supported, led by Connected Places Catapult and the United Nations, connects innovators and entrepreneurs across the UK and African cities to co-create innovative, durable solutions to city-specific SDG challenges.

There are many different opportunities for industry stakeholders to participate in the economic development of secondary cities and shape cities’ future.

As a result of the Covid 19 pandemic, secondary cities are now under more pressure than ever. So let’s collaborate and solve the biggest city challenges of our time!