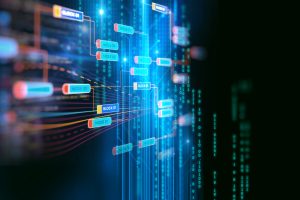 More and more public services are becoming digital. The Covid pandemic has also played a part in speeding the digitalisation up. Will public sector adoption of blockchain also grow?

We don’t usually see governments using blockchain to streamline their entire organisation. A rare example would be Estonia. Estonia was the first country in the world to deploy blockchain in production systems in 2012. As of 2019, 99% of public services are available to citizens as e-services. Blockchain technology is used in government services such as tax-return, e-voting and digital cabinet meetings. The adoption has aided Estonia’s digitalisation rate and simplified citizens’ lives by decreasing interactions between them and the government.

If adopted by governments, blockchain holds the potential to improve citizens’ financial inclusion, promote economic growth and innovation, reduce costs, and increase transparency. A report by Sir Mark Walport, the UK Government Chief Scientific Advisor, concludes that, if appropriately applied, blockchain can also reduce market friction by addressing the issues of trust, privacy, identity and security. One outcome would be to make it easier for small and mid-sized businesses to interact with local and national authorities, protect infrastructure against cyber attacks and reduce tax fraud.

Why, then, has blockchain adoption been so slow across governments?

Typically, governments have a more “reactive” rather than “proactive” approach towards technological advancement. Blockchain adoption would require technology to be placed at the core of governance policy. Moreover, for blockchain implementation to be successful, governments would need to work with entrepreneurs and innovators to co-develop policy frameworks. This would require a change in organisational structure, which would take time and money. Once the new system has been developed, only then can blockchain implementation start.

Governments may also see blockchain as simply not suitable as it advocates anonymity and decentralised control. Although decentralisation and anonymity are aspects of the technology, blockchains are governed and coded by those entrusted with critical roles. The coding may be outsourced, but governments are the ones responsible for building a technical knowledge base to ensure decisions are made well.

It is also a requirement for governments to invest heavily in both the implementation and subsequent education needed to develop administrative competence. To rationalise such a capital-intensive investment, governments would have to spend time conducting due diligence to ensure that blockchain is the most cost-effective solution in the long-term.

Looking back at Estonia’s adoption of blockchain, it is essential to consider the political, social and economic context. Estonia gained independence from the Soviet Union in 1991. The government set out on a mission to separate itself from neighbouring countries and showcase that engagement and increased cooperation with the government could lead to positive change. Estonia started laying their digital foundation in 1997, which has aided in deploying blockchain in production systems 15 years later. Estonia made these advancements as it had a blank slate after gaining independence from the Soviet Union and a desire and cooperation from citizens to make change possible.

The private sector is increasingly looking into using blockchain to solve sustainability issues. Nori, the Seattle based startup, operates a blockchain-based marketplace with its own cryptocurrency tokens to allow corporations, governments and individuals to reduce carbon emissions. Perhaps regulator adoption of blockchain could be a private-public collaboration effort and, if applied correctly, would have the potential to help reach international sustainable development goals.