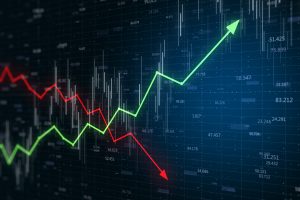 With Bitcoin’s value increasing through endorsement from companies like Tesla and JP Morgan, despite concerns about the cryptocurrencies’ environmental sustainability and governments’ ability to reach international net-zero commitments, the conversation has just started.

Will Bitcoin find a way to solve the current sustainability problems, or will there be an industry move towards more environmentally friendly cryptocurrencies?

The more popular Bitcoin becomes, the harder it is to mine Bitcoins and the more computing power it takes to sustain and develop it. Now, if all electricity consumed is green, the narrative would be very different. Unfortunately, this is not the case as we currently do not use enough renewable energy. Last year we only generated 28% of renewable energy globally.

Bitcoin is now using more electricity than Argentina, according to an analysis by the University of Cambridge. They predict that the total energy consumed by Bitcoin mining could reach 128 Wh (terawatt-hours) this year – this is 0.59% of the world’s entire electricity production. To contextualise this, if you were to rank every country in terms of energy consumption, including Bitcoin, it would be the 29th largest energy consumer.

Why does Bitcoin consume so much energy? The answer lies in the design of the cryptocurrency’s underlying technology – blockchain. To mine Bitcoin, computers connect to the cryptocurrency network. These computers then verify transactions made by people who receive and send Bitcoin. The mining process involves solving complex mathematical problems to ensure the system is secure. As the number of computers mining increases, so does the complexity of the problems, requiring more computing power. The Bank of America has estimated that Bitcoin energy consumption has grown over 200% in the past two years, as the cryptocurrency has become more sought-after.

In 2018, Scientists writing in the journal Nature warned that if Bitcoin follows the adoption rate of other broadly adopted technologies, it could produce enough CO2 emissions to push global warming above 2 °C within less than three decades. The concern arises from the carbon footprint’s size for such a small share of international cashless transactions.

A more recent report investigating the energy consumption of blockchain technology claims that when increasing the block size, a hotly debated limit on the number of transactions that can occur at any one time, the energy consumption associated with mining would remain constant. The energy associated with the remaining tasks would be negligible; this is, however, based on the assumption that the price for the cryptocurrency and the electricity remain constant. In practice, however, Bitcoin’s blocks cannot be feasibly enlarged. The bigger the block is, the worse the latency and security get. More solutions to the mathematical problems can be found, splitting miners’ resources and leaving the network more susceptible to attacks. Moreover, currently, not every household can afford high bandwidth and ample hardware storage, so higher requirements can also lead to a lower degree of decentralisation. If, however, storage capacities and network speed continue to improve worldwide, an increase in block size could be possible, which would enable higher transaction rates without a significant increase in energy consumption.

The amount of Bitcoin mined and, consequently, the type of energy used to mine differs from country to country. China is the top Bitcoin miner globally as mining is encouraged by the government, and electricity costs are low. Currently, only 20% of China’s electrical generation comes from renewables or natural gas. For a part of the year, miners in China use strong hydroelectric power in the south of the country; however, they migrate to areas where electricity comes from coal during the drier season. Michael Rauchs, Cryptocurrency and Blockchain lead at the Cambridge Center for Alternative Finance (CCAF), says that Bitcoin’s carbon footprint changes at any given time. Canada, ranking 7th in Bitcoin mining, uses hydroelectric power to generate a large amount of electricity. Quebec, for instance, generates 95% of its electricity from hydroelectric power and, like China, has low electricity prices. An increasing concern is that Bitcoin miners will go wherever the electricity is cheapest, often places that use coal.

There is currently no government body or organisation which officially tracks where Bitcoin is mined and what energy sources are used. CCAF researchers who survey the people who manage the Bitcoin network worldwide have found that currently, around two-thirds of the electricity that Bitcoin miners use comes from fossil fuels. From 2019 to September 2020, the amount of renewable energy used for cryptocurrency mining has increased from 28% to 39%.

As more renewable energy becomes available, Bitcoin mining can increasingly use green energy and decrease its negative environmental impact, as long as it does not crowd others out, adds Bill Gates. Governments regulators are increasingly looking into blockchain technologies and cryptomarkets. Regulators need to develop the crypto markets and work alongside crypto companies to ensure that renewable energy sources are used for Bitcoin mining. It is an opportunity to establish a centralised organisation that tracks energy sources used for mining. Moreover, a carbon tax on cryptocurrencies could be introduced, which could help mitigate some environmentally damaging mining effects. For carbon taxation to be effective, governments need to collaborate to set up international carbon taxes to avoid carbon leakages to areas with cheaper, non-renewable energy sources.

Although currently, Bitcoin is the most recognised cryptocurrency, it is not the only one. Ethereum, the second most popular cryptocurrency, is very similar to Bitcoin. The developers are currently working on changing the mining system so that miners enter a pool and are randomly selected to complete the transaction and receive an Ether. This process is called “proof-of-stake” and will reduce the amount of electricity used for mining. According to Michael Rauchs, a researcher at The Cambridge Centre for Alternative Finance, Bitcoin would struggle to make such changes without running the risk of making the network less secure and decentralised. Security and decentralisation are the keys to Bitcoin’s attractiveness among investors. It is the higher energy consumption that protects the blockchains from attack.

Some still question Bitcoins credibility and feasibility as an effective form of exchange and secure store of value. Ken Rogoff, the former chief economist at the International Monetary Fund, thinks that Bitcoin exists as a vehicle for speculation and that its bubble is about to burst.

Others believe that the environmental costs that come with Bitcoin mining are worth the broader impacts that it could have on our lives. Ria Bhutoria, director of research at Fidelity Digital Assets, says, “Bitcoin would not be able to fulfil its role as a secure, global value transfer and storage system without being costly to maintain”. Investor Tyler Winklevoss has said that “Computers and smartphones have much larger carbon footprints than typewriters and telegraphs. Sometimes a technology is so revolutionary that society accepts the tradeoffs”.

Will Bitcoin find a way to change its mining process without sacrificing the network’s security and decentralisation? Or will other more sustainable cryptocurrencies become more popular? Will industry and government partner to develop organisations that track mining energy origin? Will Bitcoin mining be taxed? It will be interesting to see how this story unfolds.